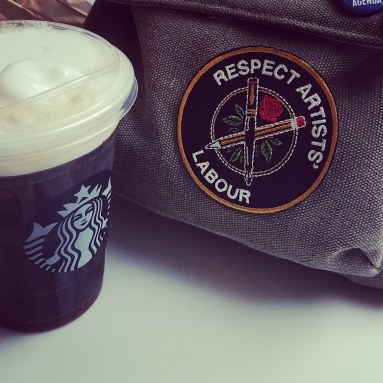 Long-time readers might recognize that I am, for better or worse, a social monkey. Something of an extrovert, you might say.  Even when things have been their most dire, I’ve managed to find ways to go out and be around people. But with CORVID-19 lurking beneath the lilypads like an angry, territorial hippo, that’s not as easy as it once was.

The corner espresso stand, an island of sanity in the last year and half while I’ve been under-employed, closed its doors less than a week ago. All restaurtants have moved to take-out only, and the bars (not that I’ve been a barfly for years) have all closed their doors until this passes. And while the grocery stores are open, it feels more stressful than energizing these days.

And then there’s the matter of my games.

I’ve been a gamer since I was twelve. That’s thirty-eight years, kids. And while there were stretches in that time when I didn’t game that often, they never last long. When the plague-hammer came down in Seattle, I was running a game every-other Saturday afternoon, another every-other Sunday evening, and playing in one on alternating Sundays and once a month on Saturdays. Well, gametime is cancelled, motherfuckers.

And I have such pretty dice sitting around gathering dust now.

I’d already flirted with the idea of remote gaming, but I’m not going to lie–the idea of changing up how I play was intimidating. Seems like a lot of new stuff to learn. And is it even possible?

Well, turns out it is possible. I asked the geekosphere what they used / suggested, and poked around the recommended platforms, eventually settling on roll20. Now, I want to be perfectly clear. This is not a blanket endorsement. The platform has a free option which is what we used, and it’s perfectly playable once you know your way around a bit.  It supports voice/video play as well as text and an impressive range of gaming systems. All pretty cool for something that, if I understand correctly, is a by geeks, for geeks. So, basically my people. But nothing is really one-size-fit-all, and not all games are created equal.

I put out a call for volunteers on a few Slack channels and dove in yesterday for a short homebrew game. It was a learning experience. But it got easier the deeper we got. One-by-one we dialed in our settings the way we liked, and I navigated new problems like, “How do I move everyone from map to map?” and “How do I key the attacks with modifiers already built in?” and other things.

That goes for a lot more than online table top role playing.

But if it’s important to you, find a way to make it work. I made a note of the things that I could do to make things run more smoothly. And when the game was finished, I did a little bit of aranging to set up the next session with a better understanding of what needed to keep the wheels turning. Still a little bit of work to do. But there’s always a little bit of work that can be done.

The important thing is that at a certain point in the adventure, things started to click. People were engaged. And then I leaned on my strengths and set the hook for the ongoing adventure and had everyone excited and asking questions. It’s always a good sign when the players pick up the threads and start becoming invested in the adventure.

Last night, I found myself knocking out a rough pantheon in case handful of players who couldn’t show yesterday decide to run paladins or clerics next week. And today I look forward to sitting in the sun to plot out what I’m going to throw against them next Saturday.

Suddenly the long isolation of Quarantine looks a little less quiet. A little more normal. That makes it a good weekend as far as I’m concerned.

That’s all for now. Take care of yourselves out there, world. Stay inside whenever you can. Stay healthy. Stay sane. And keep on rolling!

2 thoughts on “Disptaches from Quarantine: Roll for Initiative”