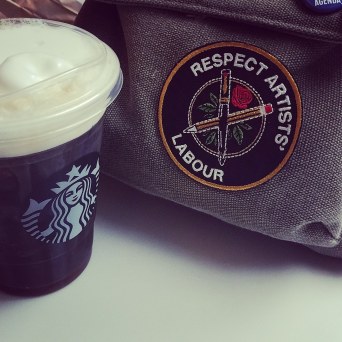 I sometimes take it for granted that, when listening to music, not everyone is looking for something new. I’m almost constantly on the hunt for something unexpected. While I can often sink into the comfort of old favorite bands and albums (and you honestly could not comprehend just how many times I’ve listened to Diamond Life from Sade), I just love music too much to sit still for long.

Then a friend who’s relationship with music is more casual suggested that they’d like to see a resource that gave them an insight into cool new(ish) music that fell outside of the mainstream.

Back in my day, we had videos on Mtv and Night Flight, and whatever the college radio station was spinning. Today, we have YouTube and streaming sites. It’s a lot to sift through.

Thus, a periodic new feature here where I single out a band or album that might not be on your radar that deserves a higher profile. Maybe you’ll like it. Maybe you won’t. But at least now you’ll know about it. And knowledge is half the battle or something. Welcome to the inaugural Old Hipster Recommends post.

I discovered The Delines the way anyone does: from a book marketed as a “mid-career retrospective” of a graphic designer I like who happened to do the cover for their first album, Colfax. I grew up in Colorado, and was very familiar with Colfax Avenue in Denver. I dug up the album on my streaming site of preference and gave it a spin.

First off, I’m not entirely sure where I’d classify this album. Alt-country? Americana? Smarter people than me have described their sound as Country Soul, and I suppose that fits, but damned if I can think of another band that fits that category. There’s something haunting found in the eleven tracks on Colfax. It’s the kind of music one might listen to on the porch at sunset with a drink in one hand and doubt in your heart.

Second, though I didn’t know it at the time, Jenny Conlee from the Decemberists was on keyboards for that first album. At least for a few tracks. The Delines were a creation of Willy Vlautin, the voice (singer/songwriter/guitarist) of Richmond Fontaine, a band I had heard of but never listened to. He had previously worked with vocalist Amy Boone from the Texas band the Damnations , and more or less built the band around her voice to deliver songs of everyday Americans and their trials and tribulations.

Case in point, the titular song, “Colfax Avenue,” is from the point of view of a woman who is combing the streets of Denver looking for her missing and injured alcoholic younger brother while her family sleeps. The details are so sharp, including the mention of local haunt the Lion’s Lair, that my own kid brother who lives in Denver got nostalgic when he heard the song.

But they’re not from Denver. Oh no. The Delines is a Portland band, which makes it all the more frustrating that despite Colfax having been released in 2014, I didn’t hear it for the first time until last month.

Boone’s vocals remind me a bit of Neko Case with the edges softened–tired, vulnerable, but strong. Couched in a cradle of soft drums and strumming guitars cut through with the haunting lines of pedal steel guitar, there’s a lot to love there. It helps that Vlautin’s lyrics are poignant and insightful, which makes sense as he’s not just a songwriter–he’s a respected novelist with a chunk of well reviewed novels under his belt.

I’m not going to pick favorite songs. But if you’re curious where to start and don’t have the time to listen to the whole album, I can’t think of a better place than this live recording of “The Oil Rigs at Night” from a KEXP studio session. Holy doodle, it’s flawless.

The band took a couple of years between albums to allow Amy Boone to recover from a brutal auto accident that broke both her legs. And the wait was well worth it. Their new album, The Imperial ups the ante by incorporating a touch of Memphis-style horns which fill out their sound a bit. It also blurs the line a bit between the country and soul, but definitely for the better.

Yeah. Listening to the title track, “The Imperial” as I write this, the addition of fuller arrangements, the horns, even sparing strings dropping in here and there… this is a lush, sophisticated sound. It’s a very nice evolution of sound that is still in keeping with their sound and musical trajectory.

The Delines are, as of this writing, touring extensively around Europe. I don’t know if that’s due to the cities being closer together making a tour easier, or if European audiences appreciate them in a way U.S. radio stations do not. If they’re playing anywhere near you, go see them. Here’s a link to their website, for the curious.

And if you’re looking for something a little different, something unique and timeless, be sure to check out their music when you get the chance. They do not disappoint.