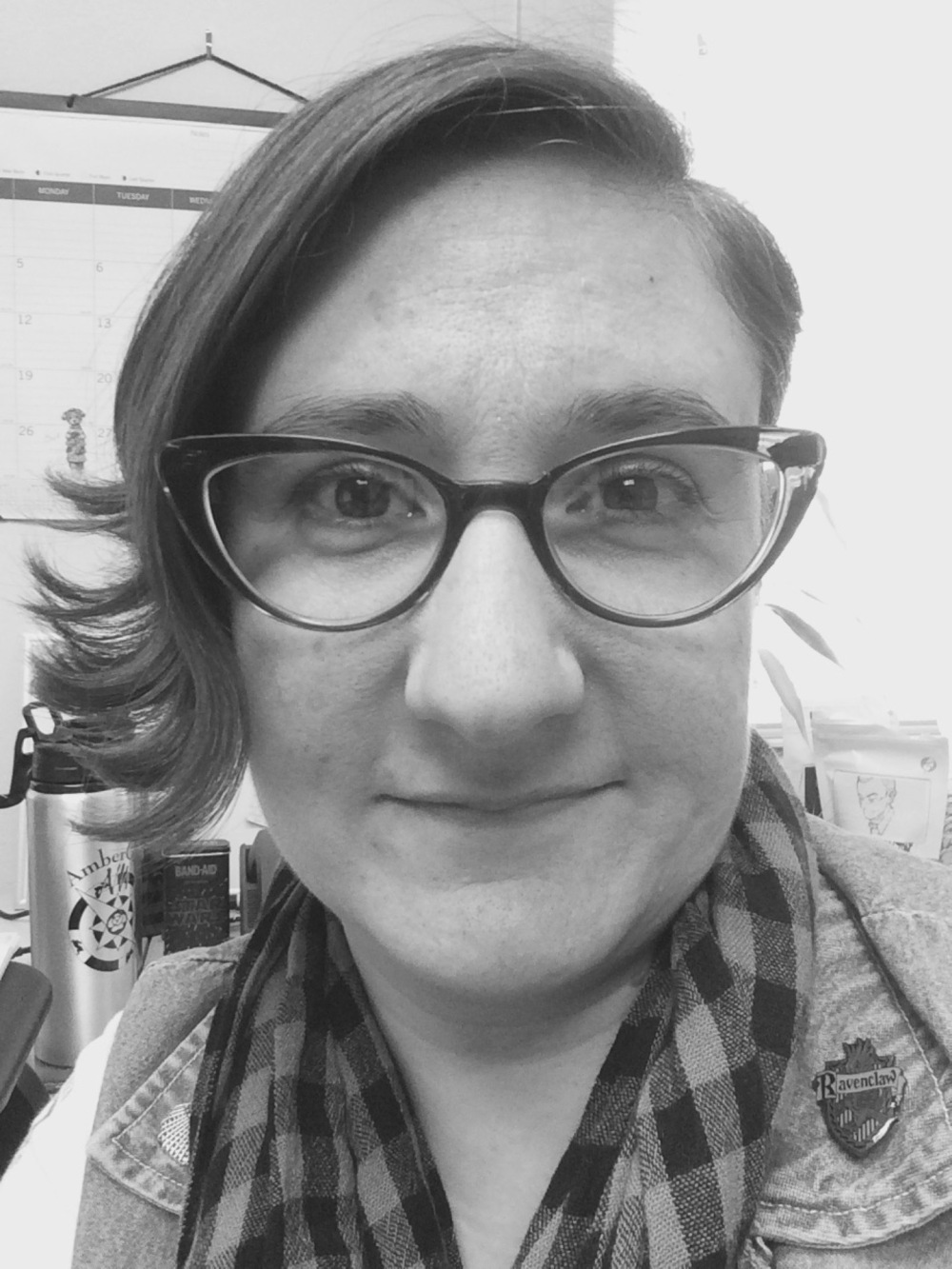 Welcome to the inaugural Year of Creators interview!

We’re kicking things off with the multi-talented and multi-dimensional Dawn Vogel. It’s not enough that she’s one of the editorial geniuses behind Mad Scientist Journal as well as a frequent vocalist in pop-up cover bands around Seattle. She’s also a sought-after crochet crafter and author. Her most recent novel, The Cask of Cranglimmering: Brass & Glass Volume One, is a riotous steampunk adventure, full of scurrilous airship pirates and mythical whiskey.

In addition to writing, you also maintain a very active crafting career with an online shop and countless shows. What tactics have you adopted to balance the different obligations?

One of the tactics is a really easy one for me. I can’t read on the bus, and writing is difficult, so that’s my primary crafting time—commuting to and from my day job each day. But the craft shows and conventions where I vend do cut into my writing time on the weekends, so there is a little bit of a juggling act between my obligations in that regard. When I know I’m going to lose the weekend to a show, I try to work a little bit more on my writing tasks in the evenings and on my lunch break at work. I discovered this year that I can write about 1,000 words during my lunch break, so I plan to exploit that fact in the year to come!

Is there a medium you’ve never worked in that you’d love the freedom to play around in for a bit?

I really want to try my hand at a choose-your-own-adventure type book. I loved those books at a kid, and Matt Youngmark (http://www.youngmark.com/) has made some really cool modern versions with his Choose-o-Matic books. I think I could do it, but it would take even more working on an outline than a normal story or book would, so I haven’t committed to taking that time.

With your degree in history and years of work in that field, in what ways has that influenced your writing?

My favorite stories to write are alternate history stories where I take a strange event and come up with a plausible supernatural explanation for what could have happened. Because I’ve got a background in research, I can dig into the minutia of an event to figure out the turning points and necessary tweaks to make the story read plausibly for both the casual reader and other historians.

Who are some of your strongest influences?

Neil Gaiman for his ability to tell an amazing, long term story, and Cat Valente (http://www.catherynnemvalente.com/), for her absolutely magical lyricism and storytelling.

Is there anyone with whom you’d particularly love to collaborate on a project?

I want to find some musicians to work with for a semi writing-related project. See, I’ve written a couple of songs for one of my Cobalt City characters, Cassidy Sweet, who was a pop idol in the 90s. And we’ve joked about the idea of putting together a band to record them. But I’d really like to see that happen, even if the songs would be appealing to maybe five people. So, any musicians who want to recreate a sort of Avril Lavigne/Taylor Swift inspired sound and record some really cheesy pop songs, hit me up!

If you were to recommend a creator or two (in any medium) who you feel are slept on/overlooked, who would they be?

I know a lot of artists who haven’t quite gotten their name out into the world yet, but people should keep their eye on them, because they’ve got the talent to go far. Ariel Alian Wilson is someone who has done some work for us at Mad Scientist Journal, but she’s also a dear friend. Keep your eyes on her, folks! She does some brilliant work! (http://winndycakesart.tumblr.com/)

You are ruthlessly organized with your fiction submissions. What are your keys for efficiency?

A multi-page spreadsheet and Duotrope. Whenever I get a rejection on a story, I log it in my spreadsheet and also on Duotrope and the Submissions Grinder. Then I search for the next market to send it to, submit it, and log it in the same places. Basically, there are very few times when I have a story sitting around for any length of time, unless it needs heavy rewrites, or I’m holding it for a specific market opening. The spreadsheet log is mostly a visual thing for me to see if I’ve neglected to send out an available story. It also lets me keep a running list of previously published stories that have exhausted the reprint markets. That way, when a new one opens up, I know what I’ve got available in that category. Duotrope does most of the work of making sure I don’t send a story to the same market twice, or a market that doesn’t take the type of submission it is, or anything like that. It’s well worth the small subscription fee to me.

If you could be guaranteed a paradox-free experience, in what time period (and location) would you like to take a two week vacation, and why?

London in the late 1970s/early 1980s, for the early punk and new wave scene. I’d basically hit every show I could find and see those bands when they were playing in dingy little clubs. And I’d also score some SWEET vintage Doc Martens.

What is your dream karaoke song?

I always look for it in the karaoke books, but they never have it. “Our Truth” by Lacuna Coil. It’s right at the verge of operatic metal, but I can rock it. Or, one of these days, I’m going to put in a song request for “Head Like a Hole” by Nine Inch Nails and sing the lyrics to “Call Me Maybe” instead. (It works. It’s weird, but it works.)

For more on Dawn Vogel, she can be found online in the following places: