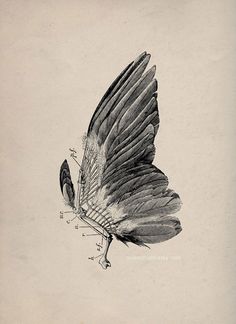 When I created Anwat al Masewei over twenty years ago, I didn’t ever think it would bring me here.

I was engaged to my second wife, an artist, and we had the idea to do a fantasy comic book. Something different. We created a few characters, she did a few drawings, and I sketched out the idea of this city–a fantastical city built on a delta surrounded by cliffs and salt wastes and deserts beyond that.

But things happened, and we moved on to other projects.

A few years later, I was in a D&D game and had the chance to run a short interlude episode, so I recycled the city and used it as a port of call. I soon realized I really enjoyed that as a game location, so I set about building out the setting a bit more. That became what I referred to as the Anwat setting, and I ran a long, fruitful game there as I built out the Caliphate of Dust.

Then I started a second came. Influenced by the courtly politics of George R.R. Martin’s Game of Thrones books, this one would be more recognizably European. So I started fleshing out the Caliphate’s northern neighbor, the Vale Lands. That went on to become my longest running, and most enjoyable experience as a DM ever. By this point, I realized what I really wanted to do was build up the world enough to publish it under the open license for Dungeons & Dragons 3rd Edition.

And so the book was built out. 86 pages of setting, religions, history, culture, politics, intrigue. As the Anwat game came to a close, I moved those players over to Ravensgate to tinker about the mountainous border city and college of necromancy. It had a bit of an anachronistic, cold war vibe–the Medieval analog for 1950 Vienna, perhaps. For mood and theme, the Portishead song “Sour Times” really came to epitomize the feeling of that game. It was, sadly, short lived for a variety of player reasons.

But it had lasted long enough. The world was built. The corners filled in. Everything was ready to get formatted out, the charts checked over, art commissioned…

…and then the open license was killed as they moved on to their 4th Edition.

What’s a guy to do? Well, this guy kept playing and fleshed out a few other corners (namely the Frost Islands). Meanwhile, I kept working on other projects. Until I realized that all the work I’d done in building the Anwat (and Vale and Ravensgate) locations didn’t need to be wasted work at all. Sure, there might not be the need for a game book anymore, but damn if it didn’t provide a rich setting bible for the purposes of writing fantasy.  I’d already written a few short stories set there.

And when I’d killed off the Ravensgate game, I did so in a particularly apocalyptic manner. Why not do something with that? The original outline was for a trilogy, because that’s what all the cool kids are writing. Three primary story arcs with a big cast of characters spread out over the three books.

I got writing, and at some point realized what I really wanted to do was less a trilogy and more of a triptych. So I hacked everything apart and put it back together with each of the three arcs having its own book, with the three books happening more or less simultaneously, all spurned by the same apocalyptic opening act. I liked the new structure. And it let me focus on different themes for each arc rather than make for one big muddled arc for ALL of them.

The first one, Of Rooks and Ravens, features a young, ACE academic forced out of her comfort zone and in the company of an untrustworthy (and at times unwelcome) mentor. While the book has gone through multiple drafts and revisions (and even more after selling it to Razorgirl Press who will be releasing it at the end of September), the book has remained a coming of age story that explores questions of culture and identity.

Interestingly, the second book in the triptych, Redemption of the Yellow Wolf, about families and second chances, is something like half done with the first draft. And the third, The Sea In His Blood, is maybe 25% finished and focuses on late-in-life responsibilities to make your life count for something. Yet neither of these books are likely to be my next novels.

First, I need to finish the next Cobalt City novel, which I should be able to wrap up in the next month. There are too many people waiting for that one. And the nature of that one is too timely to let sit. And then, while there are other books I’d love to be doing, I’ll be diving back into events that arose from Of Rooks and Ravens for something else entirely.

At some point soon, before the end of the year, certainly, I’ll begin writing a new trilogy, entitled A Conspiracy of Feathers. I don’t know if high fantasy espionage is a genre yet, but that’s what I’ll be doing. And the first book, Thrush Among Vipers, lets me return to where it all started, back in Anwat al-Masewei. I’m really thrilled to be working in this world, and even more excited that other people get to be able to see it soon.

In the meantime, keep watching this space (or my other social media) for pending cover reveals, launch information, and readings in your area!